Congratulations to all GATE 2017 Toppers!!!

The Gate Coach is organizing an Award Ceremony to honour our GATE 2017 Toppers on April 16th, 2017. All our GATE Toppers and Rank holders are invited for the same.

Gate coach toppers of Gate are honored by Chief Guest

In a group task, the group is given a simple task to be completed in some given time and the candidates are expected to solve not only the problems and difficulties related to the given task but also some real life problems like working under pressure, handling a team without having prior knowledge of doing so, coming to a single efficient solution when everyone else in the team have their own ideas.

A group task is more alike to judge you on factors like leadership qualities, team spirit, creativity and problem solving ability and many such. Though you think it’s a group task but your every move is monitored along with your attitude towards the problem, and as well as towards the given situation.

A group task is effectively an evaluation of candidate on psychological parameters and it helps the examiner understand how the candidates behave and act in a group, how their behaviour alters in a group. There are a number of social dimensions and values that come into the picture when we start to deal with a group and this is reflected in a group task. The leadership qualities of an individual also come to the fore in a group task.

Group tasks are activities where a defined group of individuals need to perform a defined task and accomplish the goals assigned to them. Group members are expected to pitch in a variety of ways. They need to identify the nature of the problem, the best ways of dealing with it, provide specific facts and inputs that might be helpful in solving the problem, and ensure that communication channels are always open. Group tasks provide an opportunity to check the interpersonal skills of candidates and to check their commitment levels. Group members’ nature and degree of participation will help establish the kind of role they play in a group. Overall, the behaviour of a group is dictated by the members and this determines how the group acts. For example, in some groups, members go out of their way to help others whereas in other groups self cantered individuals dominate.

Why are Group Tasks conducted?

B-Schools / Organisation use Group Tasks/Group Exercises to test team work, interpersonal communication skills and the planning ability of the candidates. The panel needs to know if one can mix well with others; sometimes business simulated exercises are also given to test candidate’s performance in real managerial situations. In such exercises, a candidate’s ability to work in a team is put to test, while testing his convincing power and reasoning ability. The task is assigned to the group by the panelists in such a way that all get equal opportunity to perform to the best of their abilities, express themselves and give suggestions when asked for. Leadership skills , good team working skills , strong reasoning and decision making skills, negotiating skills, taking initiative , facilitating others to perform and speak ,showing a positive attitude, staying motivated (Intensity, Direction and Perseverance) are some of the traits a Team player must possess in order to successfully accomplish the task and get selected.

The candidate may be given an indoor practical task, outdoor group exercise, case studies, presentations, creating a proposal, performing skits, role plays and so on. Certain B schools and PSU evaluate candidates through such along with other selection tools. In one such exercise students were asked to organise an event for the B school. Other activities included forming a railway platform with a stack of papers provided, analyzing a situation or a picture, selling a product or preparing an election campaign.

B-Schools use Group Tasks/Group Exercises to evaluate candidates on:

It is important to know that that the rationale behind group tasks is to check the candidate’s competence on team building skills, Leadership, handling pressure, etc. The contemporary management practices emphasize more on Team work now, since managers need to handle live projects. So these team activities are an attempt to simulate actual managerial dilemmas, an insight into real corporate complexities.

Case 1: a Xerox machine needs to be manufactured which should give colored copies but the cost of these colored copies should be less than general black and white copy. The manufacturing cost of that new photo copying machine needs to be reduced in order to increase the profit of company. To reduce manufacturing cost low cost components are used which degrades the quality of copy. But only 30 % people can detect those degraded changes while rest 70% people don’t predict the change. We need to give a solution for this whether to reduce the cost of manufacturing for benefits of company or not

Case 2: You are head of a company. A person XYZ is working in your company. But few of his colleagues complain about him that he doesn’t work full time and works only 3-4 days in a week. Apart from this they also complain that he does some part time side business which is gaining him more profit. But his performance is far better than other and is providing profits to the company. What action will you take?

Some times in group task they basically give you a comprehensive paragraph to read in which you are one of the candidate in that story. In one case there was this plane crash situation which was crashed in that desert stating number of survivors and items that we are left with us in order to survive. Now after this dreadful situation we were required to recommend the whole strategy by which we will survive by consensus among ourselves. We were given 20 minutes for discussion and 10 minutes for giving the conclusion. This was the GT off GATE Exam. 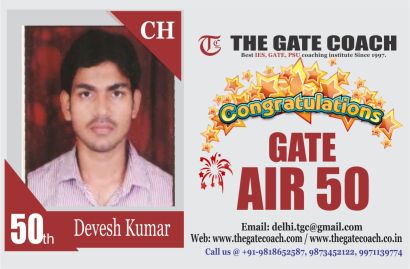 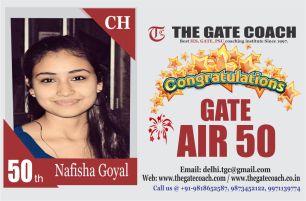 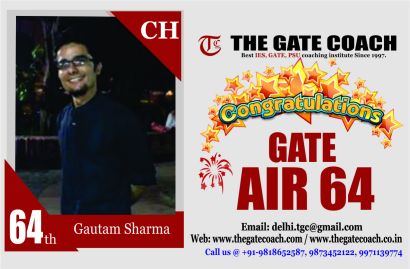 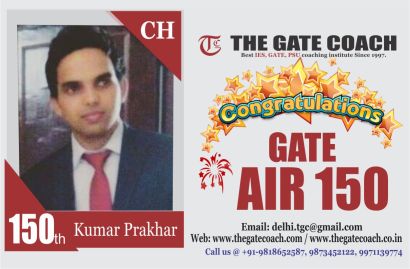 Congratulations to all GATE 2016 Toppers!!!

The Gate Coach is organizing an Award Ceremony to honour our GATE 2016 Toppers on April 10th, 2016. All our GATE Toppers and Rank holders are invited for the same.

For more details and info

You are Visitor No.