The students studying Chemical Engineering in B.Tech, who wants to do Reasearch in future or Clear GATE Exam with better score, they should keep the following points in mind during B.Tech. 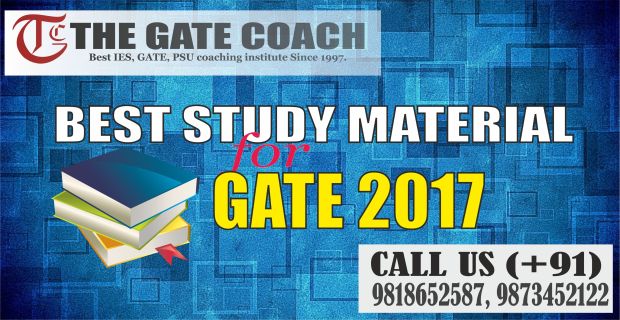 Issue -The decision to introduce virtual calculator in Graduate Aptitude Test in Engineering (GATE)  has run into rough weather with students launching an online campaign opposing it.
one of the campaign reads: “In the span of four years of engineering, students get used to scientific calculators. Even when these students enter industries they will be using scientific calculators. When it is the real calculator all the way, what is the need of virtual calculators in GATE? The entire engineering practice was on non-programmable calculators and for one exam developing skills, virtual calculator was not a desirable option and will be a tough task.”
A candidate reacted in an online petition, stating, “I am signing this petition because I will also be a victim. I can’t understand when we are using real calculators during the years of engineering, including exams, what is the problem with it in GATE. We are used to these calculators, for one exam and we need to learn a new type. It will affect our speed and also correctness. There is nothing to cheat in real calculator.

However to make it easier THE GATE COACH has provided same calculators in their renowned on line All India Test series.This  actually provides real time Practice to gate aspirant and in turn helps them to improve their performance .

PLEASE NOTE THAT THE GATE QUESTION PAPERS WILL BE SET CONSIDERING THE USAGE OF ONLINE CALCULATOR. ALL THE NECESSARY FUNCTIONS AND OPERATIONS HAVE BEEN PROVIDED. ANY CALCULATIONS NEEDED FOR SOLVING THE QUESTIONS CAN BE CARRIED OUT USING THIS CALCULATOR.

Civil engineering is arguably the oldest engineering discipline. It deals with the built environment and can be dated to the first time someone placed a roof over his or her head or laid a tree trunk across a river to make it easier to get across.

The built environment encompasses much of what defines modern civilization. Buildings and bridges are often the first constructions that come to mind, as they are the most conspicuous creations of structural engineering, one of civil engineering’s major sub-disciplines. Roads, railroads, subway systems, and airports are designed by transportation engineers, another category of civil engineering. And then there are the less visible creations of civil engineers. Every time you open a water faucet, you expect water to come out, without thinking that civil engineers made it possible. New York City has one of the world’s most impressive water supply systems, receiving billions of gallons of high-quality water from the Catskills over one hundred miles away. Similarly, not many people seem to worry about what happens to the water after it has served its purposes. The old civil engineering discipline of sanitary engineering has evolved into modern environmental engineering of such significance that most academic departments have changed their names to civil and environmental engineering.

These few examples illustrate that civil engineers do a lot more than design buildings and bridges. They can be found in the aerospace industry, designing jetliners and space stations; in the automotive industry, perfecting the load-carrying capacity of a chassis and improving the crashworthiness of bumpers and doors; and they can be found in the ship building industry, the power industry, and many other industries wherever constructed facilities are involved. And they plan and oversee the construction of these facilities as construction managers.

Civil engineering is an exciting profession because at the end of the day you can see the results of your work, whether this is a completed bridge, a high-rise building, a subway station, or a hydroelectric dam.

Please look at the Web pages of our individual faculty members to learn more about their special interests as examples of what civil engineering and engineering mechanics is and can be about.

In scientific terms, instrumentation is defined as the art and science of measurement and control of process variables within a production, or manufacturing area. The science has further opened up the realm of instrumentation engineering.

The discipline of instrumentation engineering branched out of the streams of electrical and electronic engineering some time in the early part of 1970s. “It is a multi-disciplinary stream and covers subjects from various branches such as chemical, mechanical, electrical, electronics and computers,” says Prof. A. Bhujanga Rao, from the department of Instrumentation Engineering, Andhra University.

The professor adds that instrumentation engineering is a specialised branch of electrical and electronic engineering and it deals with measurement, control and automation of processes.

The demand is so high that every student finds at least two jobs waiting in the wings, by the time he or she completes her course, says Dr. Bhujanga Rao.

Nature of work of an instrumentation engineer ranges from designing, developing, installing, managing equipments that are used to monitor and control machinery and processes.

“Though there is a demand for instrumentation engineers from the software sector, we prefer the core area, as that is where we can showcase our creativity and knowledge,” says Srinivas a third-year student.

The shift towards core sector is not only due to the opportunity to showcase ones creative talent and knowledge, but also because of the long term stability and quick growth. Bio-medical is another area that is fast catching up and there is huge requirement for instrumentation professionals.

Early experiments with electricity included primitive batteries and static charges. However, the actual design, construction and manufacturing of useful devices and systems began with the implementation of Michael Faraday’s Law of Induction, which essentially states that the voltage in a circuit is proportional to the rate of change in the magnetic field through the circuit. This law applies to the basic principles of the electric generator, the electric motor and the transformer. The advent of the modern age is marked by the introduction of electricity to homes, businesses and industry, all of which were made possible by electrical engineers.

Since its early beginnings, the field of electrical engineering has grown and branched out into a number of specialized categories, including power generation and transmission systems, motors, batteries and control systems. Electrical engineering also includes electronics, which has itself branched into an even greater number of subcategories, such as radio frequency (RF) systems, telecommunications, remote sensing, signal processing, digital circuits, instrumentation, audio, video and optoelectronics.

The field of electronics was born with the invention of the thermionic valve diode vacuum tube in 1904 by John Ambrose Fleming. The vacuum tube basically acts as a current amplifier by outputting a multiple of its input current. It was the foundation of all electronics, including radios, television and radar, until the mid-20th century. It was largely supplanted by the transistor, which was developed in 1947 at AT&T’s Bell Laboratories by William Shockley, John Bardeen and Walter Brattain, for which they received the 1956 Nobel Prize in physics.

You are Visitor No.